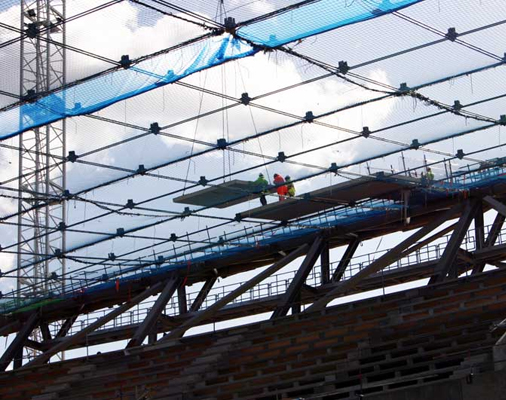 GKR Scaffolding were first contacted in late 2008 and worked alongside ISG to develop the scaffold schedule which was predominatley safe access within the site including edge protection and loading towers.

GKR assessed the logistics of the project and decided to set up a storage depot with a 7.5 tonne vehicle within the site confine. Working alongside ISG and the Olympic Delivery Authority, GKR embraced the numerous training schemes offered.

GKR along with ISG, created a safe handrail system that was able to be installed on the ground level and craned into place on the roof support structure with no requirement for any work at high level.