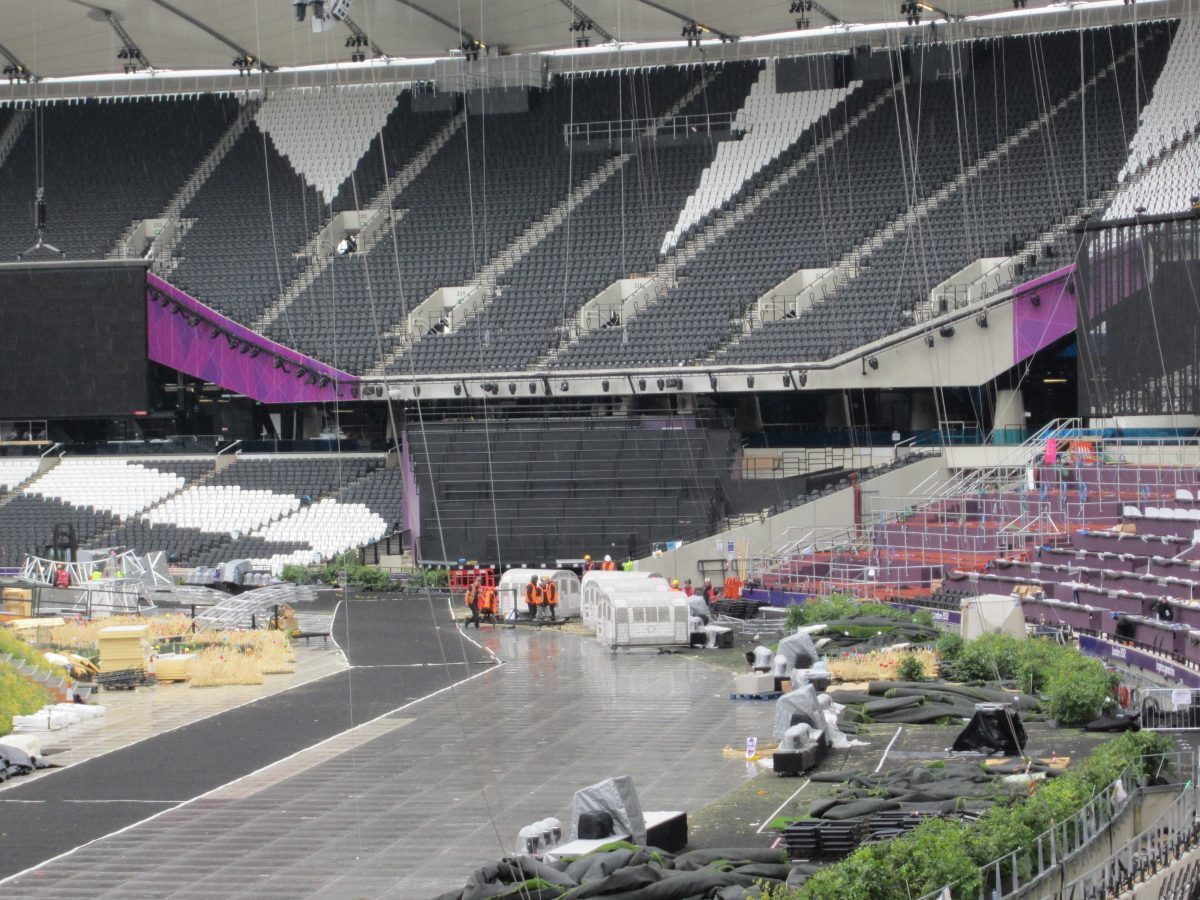 GKR were first contacted by ISG in December 2011 and asked to design the structure based on the scheme they had, with the structure being freestanding.

It is commonly known as the Head On Platform due to its positioning to the finish line of the 100 metres.

It has been designed as four separate platforms which have no connection to each other so there will be no vibration between the platforms.

The low level platform (broadcast platform) has been designed with three tiers for the sole use of the camera men and will have 24 cameras in total = 8 per level which is accessed via its own independent staircase.

The 2nd level platform (press platform) has been designed with six tiers for the sole use of the photographers and will have 109 photographers in total = ranging from 17 to 19 per level as this section of the platform tapers out and again has its own staircase access.

The 3rd platform has been designed as a base only for the Green Room with the room being installed by others. Off our platform, we have installed a timber staircase to the roof of the green room which is just over 6.0m in height.

The 4th platform has been designed as a base only for the Broadcast Bio-Room with the room being installed by others off our platform.

The 1st and 2nd platforms also include a full key klamp handrail system which separates each tier and has been completely painted in Matt Black.

There are two digilock doors installed in the side panels which give access inside the structure to check on its integrity.

Commencing on 23rd July 2012 we are contracted to carry out a daily scaffold inspection prior to 9.00am each day during the whole of the Olympic Games