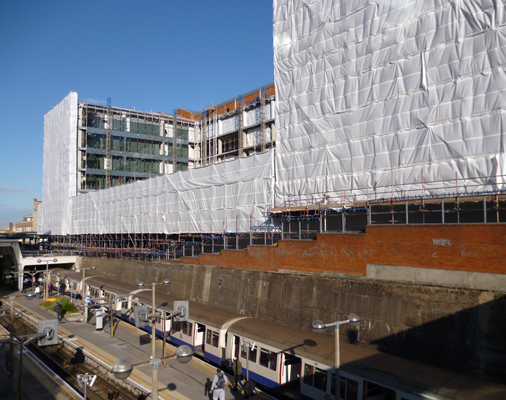 GKR Scaffolding were awarded this technically challenging refurbishment contract of the existing Brickwork/RC frame building which is being developed into Class A fully cladded office space for the Coca Cola Company.

The project involved a cantilevered scaffold over Uxbridge railway station to allow the installation of the new Rain Screen Cladding, all installed out of normal working hours. Area two was no less complicated, with a bridging scaffold erected and bolted to the wall of the Uxbridge Bus Depot building.

GKR was awarded this project due to the vast experience in performing on technically challenging projects. From early input in tender stage including full design, GKR’s specialist involvement have given the client the solutions to site access on a complicated, logistical site.