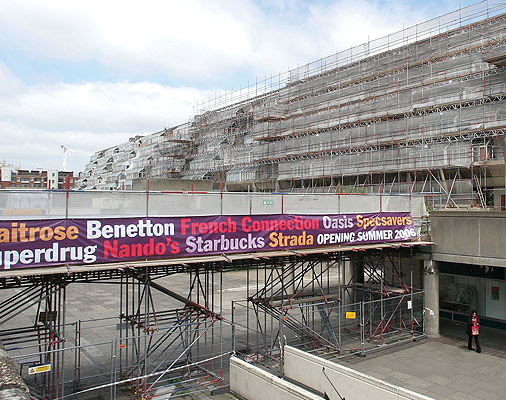 Test caption for image 2
Click above to view Project Photos

GKR Scaffolding commenced on-site in March 2005 to begin works on the £25,000,000 refurbishment of the Brunswick  Shopping Centre over an 80 week period. ISG once again negotiated the  scaffolding works with GKR knowing the complicity of the project and the major  scaffolding and access requirements to two residential blocks, a cinema and the  logistics to four main roads and a Service Road of which will still be fully functional.

GKR have received three safety awards for the project and the client, Allied  London has complimented GKR scaffolding on the scaffold operatives approach to  the residents, stating that there have been compliments rather than complaints in feedback at the residents meetings.